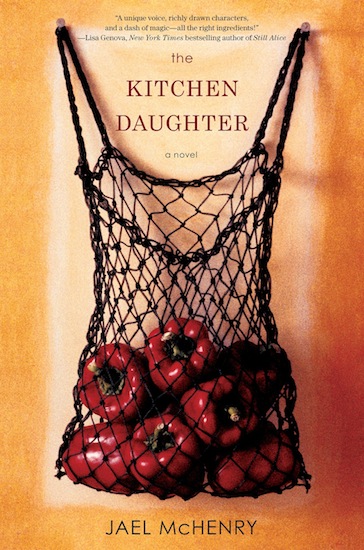 Unshelved meets on the second Wednesday of each month, January through November, at 1:00 PM in the Library's Small Conference Room.  Books are selected 3-6 months in advance. The book club is free of charge and anyone interested in the discussions is welcome to attend!

In October, we will discuss The Kitchen Daughter by Jael McHenry.

After the unexpected death of her parents, painfully shy and sheltered 26-year-old Ginny Selvaggio seeks comfort in cooking from family recipes. But the rich, peppery scent of her Nonna’s soup draws an unexpected visitor into the kitchen: the ghost of Nonna herself, dead for twenty years, who appears with a cryptic warning (“do no let her…”) before vanishing like steam from a cooling dish.A haunted kitchen isn’t Ginny’s only challenge. Her domineering sister, Amanda, (aka “Demanda”) insists on selling their parents’ house, the only home Ginny has ever known. As she packs up her parents’ belongings, Ginny finds evidence of family secrets she isn’t sure how to unravel. She knows how to turn milk into cheese and cream into butter, but she doesn’t know why her mother hid a letter in the bedroom chimney, or the identity of the woman in her father’s photographs. The more she learns, the more she realizes the keys to these riddles lie with the dead, and there’s only one way to get answers: cook from dead people’s recipes, raise their ghosts, and ask them.

You must log in to register for this event.
Oops! - There was a problem in authenticating your card: